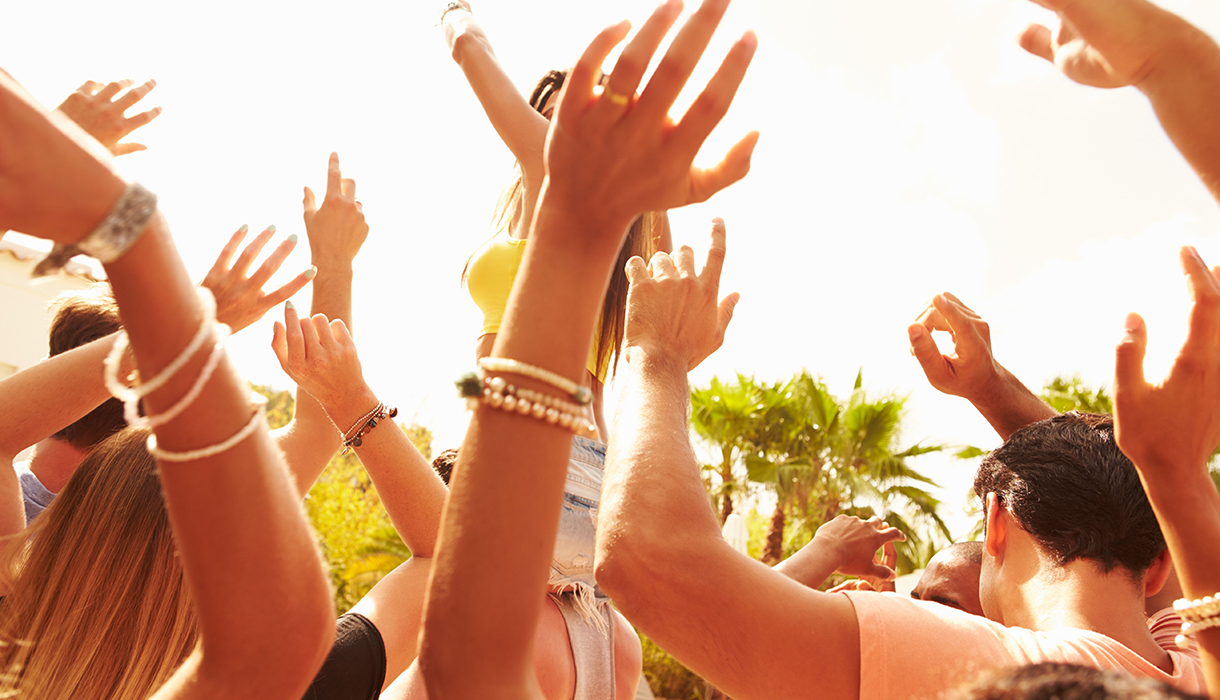 Finding a local festival while traveling is another great way to learn about the culture of the regions you explore. Large crowds of people, from a few thousand to a few million, bring high energy and a fun environment, but can also create difficult situations if you get stuck in need of help or without supplies. Here are a few tips to help people with diabetes navigate the crowds and enjoy the events as much as possible!

A few festivals you don’t want to miss!

Sundance Film Festival: This independent film festival takes place in Utah and hosts many of the top actors and actresses from around the world.

Holi Festival: This gathering takes places primarily in Nepal and India, and attracts thousands of people in the celebration of the end of winter and the victory of good over evil. Brightly colored powder is thrown in the air as strangers and friends alike dance and celebrate.

Carnival: Beginning the Friday before Lent and ending on Ash Wednesday, many Brazilian cities such as Rio de Janeiro and Sao Paulo celebrate 6 days of costumes and festivities before the conservative, religious weeks of Lent.

Hajj: One of the five pillars of Islam, the Hajj journey to Mecca is made by millions of Muslims around the world.

Running of the bulls: Pamplona, Spain is famous for its annual bull running event where bulls are released into the streets as runners chase them toward the bull-fighting ring.

Glastonbury: This annual music festival in Pilton, England has its roots in the hippie culture of the 1970s. Hundreds of globally recognized artists perform in the tented fields of Pilton for several days in the summer.

Oktoberfest: The streets of Munich, Germany are filled with amusement rides, food stands, and a myriad of Oktoberfest beers during the last two weeks in September. Millions of visitors pour into the streets and fill the tents as festivities continue day and night.

Coachella: America’s most profitable and attended music festival, Coachella boasts an attendance of nearly a half million people annually. The Coachella Valley of California fills with tents as concert-goers prepare for several days of performances from hundreds of diverse artists.

Time’s Square NYE: New Year’s Eve is celebrated globally, and New York City does it in style. People wait in Time’s Square for upwards of 12 hours to see famous artists perform and for the ball to drop.

Dia de los muertos: In Mexico and Central America, October 31st is observed as the day of the dead. Lasting until November 2nd, religious rituals are performed to honor the deceased and to encourage communication with those who have passed.

The Sansum Diabetes Research Institute was founded in 1944 by Dr. William Sansum, the first physician in the United States to administer insulin to a person with diabetes. Our mission is the prevention, treatment, and cure of diabetes.

www.diabetestravel.sansumdev.org was created in August 2015 as a free online resource for the diabetes community. Before setting off, we will walk you through the travel process with diabetes considerations in mind—what to pack, letters for travel, airport security, beach day advice and more!

Dr. David Kerr MD is the Director of Research and Innovation at the Sansum Diabetes Research Institute in Santa Barbara, California. Dr. Kerr has decades of experience in the field of diabetes treatment and care, previously working as a Consultant Physician at the Bournemouth Diabetes and Endocrine Centre in the UK. www.diabetestravel.sansumdev.org is the second online resource he has created, www.excarbs.sansumdev.org is a sister site which focuses on exercise and insulin.

Jenny Martinez is a Project Coordinator with the Sansum Diabetes Research Institute. She is a graduate of Westmont College and specializes for the Center on programs related to community behavioural change as well as diabetes and international travel.

The development of this website was supported by the Mosher Foundation.

We are committed to supporting travellers with diabetes around the globe.